What is a pec major tendon rupture?

Pectoralis (Pec) Major is the large muscle that gives the chest its characteristic shape in men. In women it sits deep to the breast tissue. The pec major muscle is made up of two parts; the smaller clavicular head which arises from the clavicle, and the larger sterno-costal head which arises from the sternum and ribs. The pec major muscle inserts, via tendons from the two heads, on to the humeral shaft (arm) just below the shoulder joint and forms the anterior wall of the axillary space (armpit). Pec major tendon ruptures can occur when the tendon is abnormally loaded, and ruptures usually occur as the tendon of the sterno-costal head is pulled off the bone of the humerus.

The most common mechanism of injury is during weight lifting and in particular bench press, although injury can also occur during contact sports such as rugby.

How can I tell if I have a pec major tendon rupture?

Often there will be a sudden onset of pain at the time of injury and abnormal loading of the tendon. Some patients describe a snapping or tearing sensation. Bruising may occur on the arm and chest, and most often patients notice a change in shape of the pec muscle and their armpit. Tensing the pec muscle can make the deformity more obvious.

The key to getting the diagnosis right is to have clinical suspicion of the injury. Clinical examination including tensing the pec muscles which makes the deformity obvious often is the key to diagnosis.

X-rays aren’t useful for the diagnosis and MRI of the shoulder can miss this injury as they do not often go far enough down the arm or across the chest to see this injury so a specific request for pec major tendon rupture should be made. Ultrasound can sometimes be misleading as only one head of the tendon tends to rupture so some tendon can still be seen attached to the bone.

Tendon ruptures will not heal back to the bone on their own, and evidence shows that the best way to get patients back to pre-injury level of activity is with surgical repair. Early surgical repair (less than 6 weeks) has better outcomes although the rehabilitation is long and return to sport or heavy lifting is often delayed for 6 months as tendon healing to bone is a slow process.

If you have sustained an injury and suspect you could have a pec major tendon rupture, seek medical attention, book in for a consultation. The road to recovery starts with the right diagnosis! 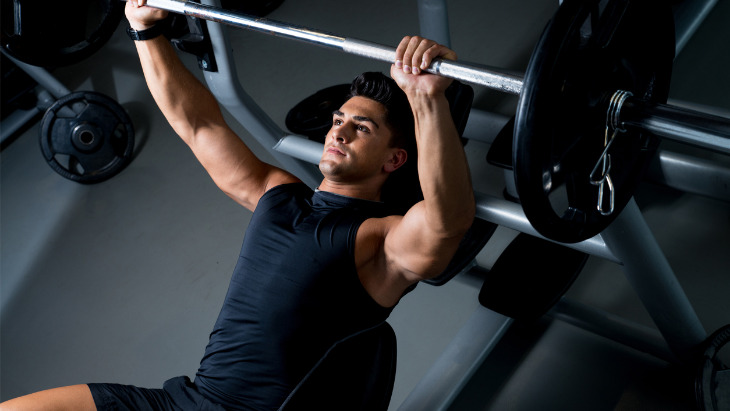