How can we deliver affordable private healthcare?

This week, Bupa is calling for a 15% reduction in the cost of private healthcare. Damien Marmion, MD of Bupa, says there is a danger that the sector could "flat-line and then decline if nothing is done” and that that "the industry needs to urgently rethink how it sets prices". "We are asking the sector to come together to reduce costs by at least 15% to reach a point where affordability gets better. The whole sector has failed to provide the right outcome for customers. Private healthcare needs to be much more affordable".

What kind of reaction will this get from the hospitals, clinics and doctors whom he is asking to reduce prices (or make cost savings) of 15%?

We all know that there’s a change in demographics…which means that people are living longer, creating greater demand for healthcare and thus making more use of their private medical insurance as they get older. More use ultimately means higher monthly premiums. And as subscribers pass the 50 mark, individual purchasers and corporate purchasers baulk at the steep increase in premiums. So, not surprisingly, we are seeing a fall in the number of people covered by PMI. The number of individuals with health cover has fallen to the lowest point in the last 20 years, and there’s no sign of recovery. According to Stephen Collier of BMI Healthcare at the Future of Private Healthcare Summit, “There’s a declining PMI caseload; the ice cube is still melting”.

It’s likely that the traditional PMI model has had its day; but what will replace it? How can we deliver affordable private health insurance to an ageing population who will be subject to continued rationing of NHS services?

New and more effective treatments often cost more than existing treatments. The introduction of new cancer drugs and their related cost have contributed significantly to healthcare cost inflation. Thus the “cost per case” often goes up. In some cases, new surgical approaches have helped to reduce cost per case. The development of minimally invasive surgery has certainly been a factor in reducing length of stay and associated hospital and care costs.

New treatments appear for conditions that were previously untreatable and generate new costs of care for both NHS and the private healthcare sector. The introduction of Lucentis, a novel treatment for macular degeneration in the elderly, added around £150 million to the NHS drugs bill when it was launched, and has prompted insurers to seek ways of limiting treatment under existing insurance plans.

If healthcare cost inflation is a given, then should we just accept that increasing prices for private healthcare are inevitable?

If you built a private hospital for the 2020’s what would it look like?

The insurer (Bupa) v Consultant battle has been going on for some while. Damien Marmion’s comments are to some extent aimed at the consultant fraternity who want to remain immune to the market forces. For many years, consultants have remained comfortable in the knowledge that there’s a healthy private market and there’s little discussion (or knowledge) about what consultants charge. The Competition and Markets Authority inquiry drags on but its initial recommendations are a wake-up call for the UK’s private practitioners. The inquiry has driven a new world of price transparency in private healthcare. In our recent PrivateHealthcare UK Self-Pay Market Study, we were able to analyse over 7,800 published prices for the most common procedures available in private hospitals. But the private medical profession has lagged behind. Few consultants are prepared to be open about their consultation and procedure fees or publish these online in sites such as GoPrivate.com. Indeed, the Federation of Independent Practitioner Organisations (FIPO) is appealing against the CMA requirement for the publication of fee information. This may be a lost cause and they may have to face the inevitable.

The involvement of consultants in the delivery of private treatment will also need to change, if private healthcare is to become more affordable. In the NHS, some services are moving to delivery by nurse practitioners (at lower cost), under the guidance of a supervising consultant. The employment of consultant level staff by private hospitals is likely to be a next step to enable private healthcare providers to control the proportion of costs “controlled” by consultant surgeons. 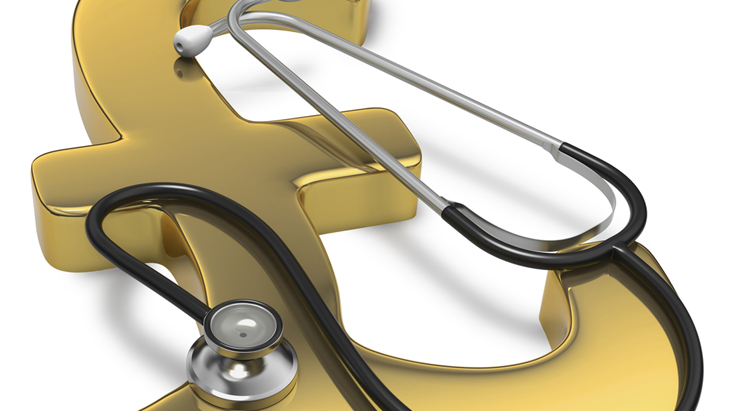